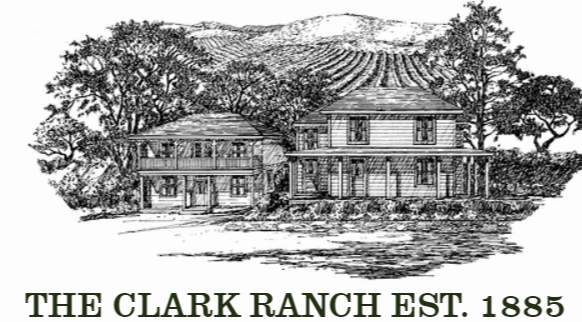 The Clark Ranch was established in 1885 by Frank J. Clark and his wife Lila. Frank found in Dulzura a climate that suited his predisposition to asthma and severe allergies that had plagued him while growing up in Nebraska. He and Lila decided to settle here, building their first home on the north side of the Dulzura Creek along the Campo Stage Route, as Highway 94 was known then. A large variety of citrus trees were shipped from the east coast, along with olive and figs. The two of them embarked on planting several large orchards with figs and olives being the primary commercial crops. In addition, persimmon, pomegranate, apple, pear, peach, plum, walnut, and almond trees were planted. Many of them have survived and still bear delicious fruit to this day. In the winter of 1894-95 a severe storm caused the creek to flood, destroying the home. As spring arrived, they began construction on a new ranch house to be built on higher ground on the south side of Dulzura Creek. It was completed later that year, and was constructed entirely from used lumber, including 1400 board feet of redwood purchased for the sum of $25.00 from what was then the National City Race Track. The stonemason who built the cellar walls and home foundations received $1.50 per day plus board for his efforts.

Sales of ranch-produced fruit in San Diego provided the growing family a decent living for the time from their agricultural efforts. Around 1902 Lila developed a recipe for a sweet ‘dessert’ that was a delicious, spicy confection made from the fruit of the family’s fig trees. It caught the attention of San Diego grocer Charles Hamilton who made inquiries about having the Clarks produce the specialty food for sales exclusively in his store along with distribution rights. This was the beginning of ‘Clark’s Pickleized Figs’. By 1910 the Clarks had built an adjacent two-storied building for the sole purpose of making the ‘Pickleized Figs’ confection in commercial quantities. Soon the fig dessert confection was being enjoyed up and down the Pacific Coast, and large quantitites were shipped to the east coast as well. Things went well for the family over the course of the next several years until the onset of World War I, when sugar became scarce. The availability of a key ingredient in the ‘Clark’s Pickleized Figs’ recipe was suddenly curtailed, and the business came to a grinding halt. The family returned to it’s reliance on sales of citrus and fresh fruit for its income, and later ventured into cattle ranching to survive the Great Depression. Remarkably, the Clark Ranch has survived the years and remains under family ownership to this day.

In 2001 the family sold some 1,100 acres to the U.S. Bureau of Land Management through the Trust for Public Land. The acres upon which the original ranch house and improvements were located was kept separate from the sale, and is now the site of the Dulzura Vineyard and Winery. The ‘Pickle House’ is no longer the kitchen used for the production of Pickleized Figs, but the tasting room for the winery. The original stone pantry beneath the house built in 1895 is now the wine cellar, where each vintage is aged until bottling. Even now an aura of the Old West lingers here. One can still find relics from those times and sense the history of the place while  enjoying some truly memorable wines. The recipe for the original ‘Clark’s Pickleized Figs’ has recently been
discovered after having been hidden away in an old roll-top desk. We hope that soon we’ll be able to recreate the confection and treat our guests to a taste from another time!

“My husband and I stayed overnight at the winery for a quick Anniversary getaway and the hosts treated us like their own. The location was beautiful, the complimentary wine tasting was outstanding, and they even treated us to a special bottle that we enjoyed while watching the sunset in the middle of the vineyard. It was outstanding. They went above and beyond, and we can’t wait to go back.”

Stop by our tasting room this weekend or book a stay in our historic guest house. We would love to have you! 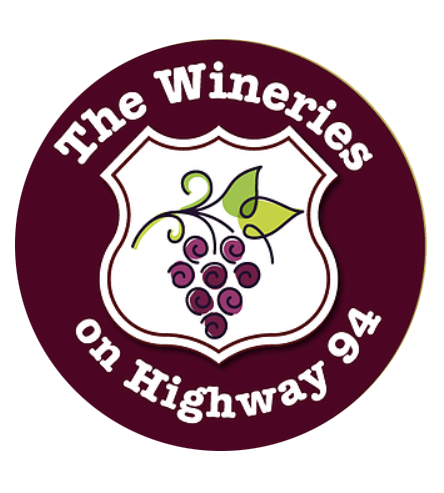